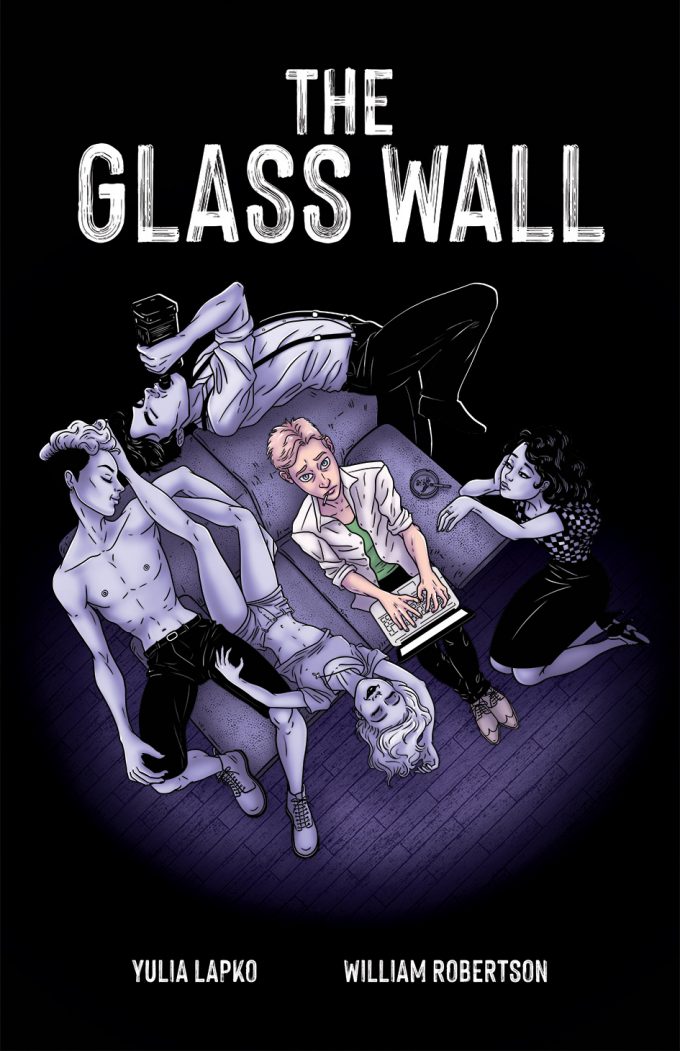 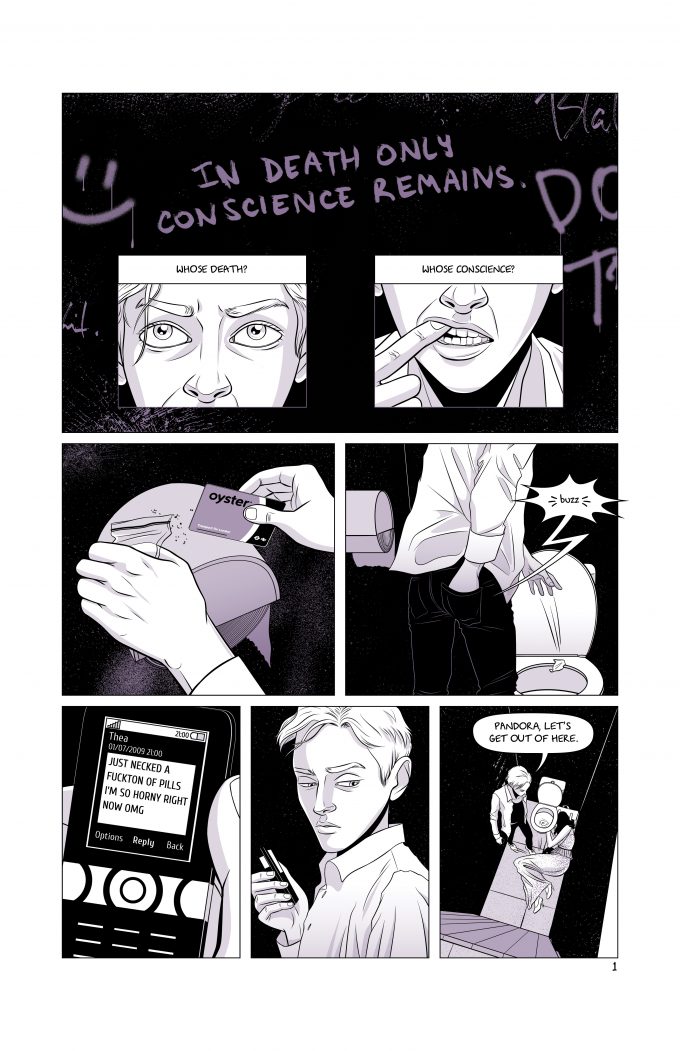 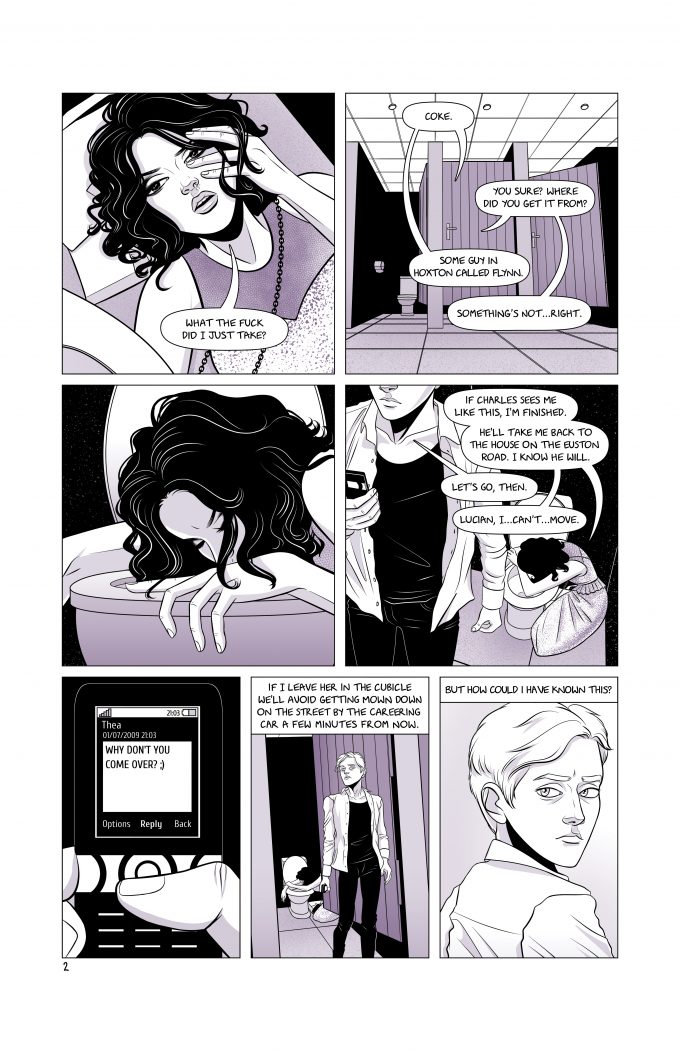 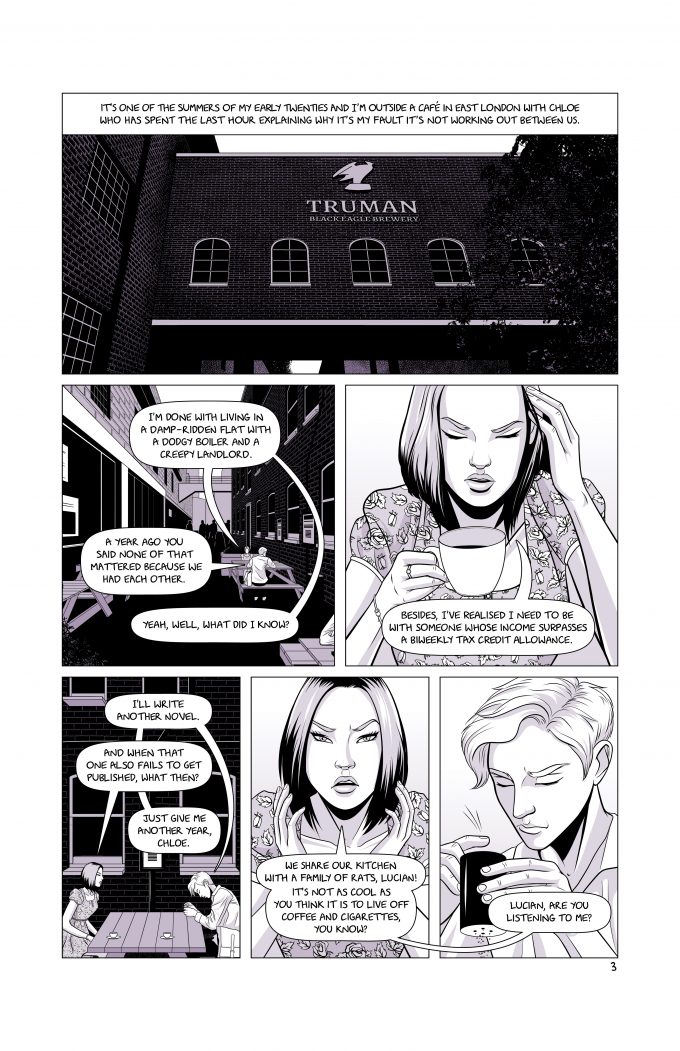 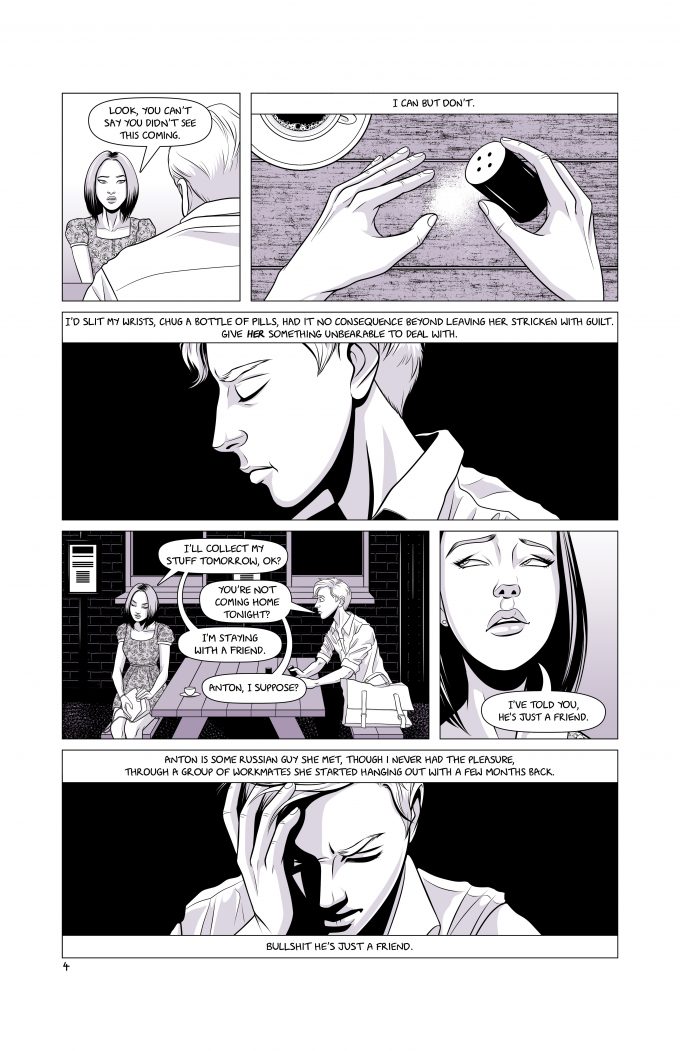 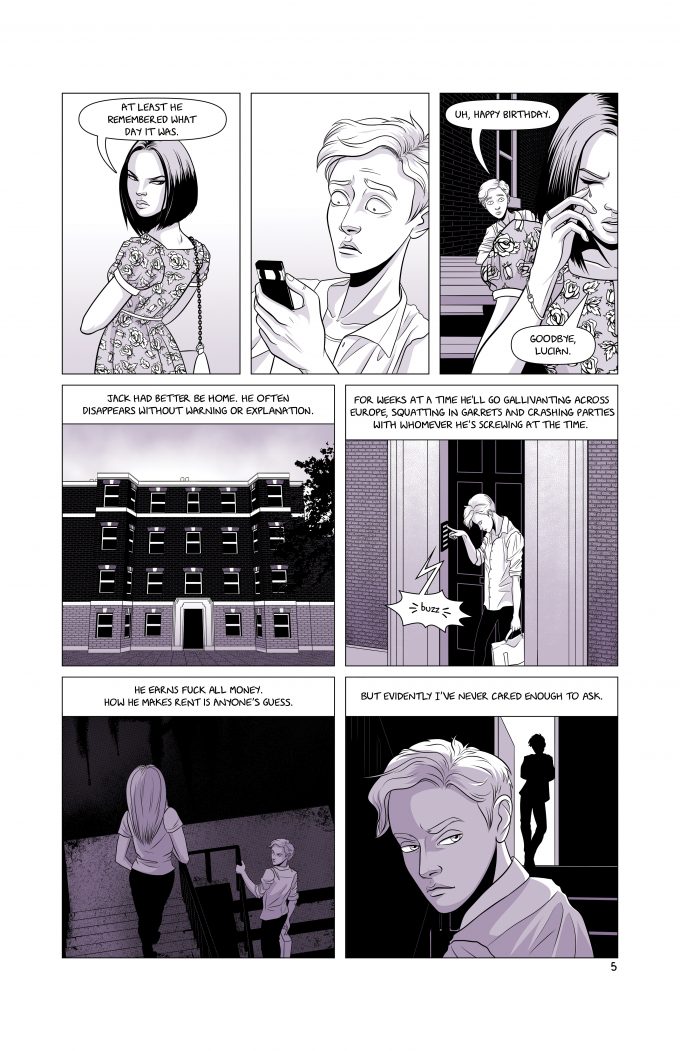 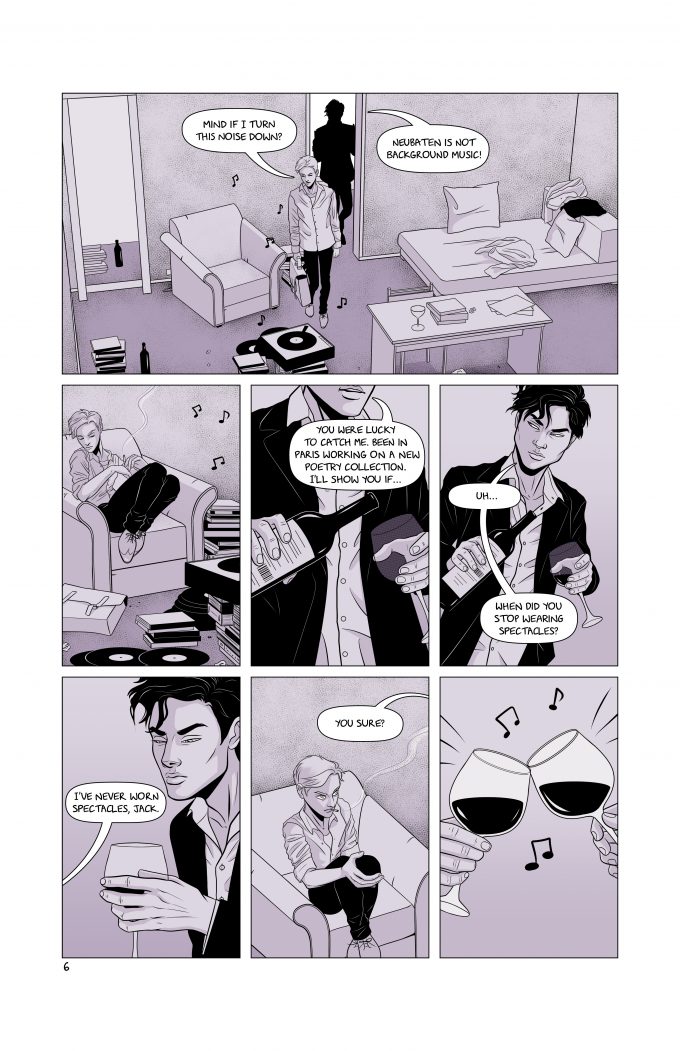 Lucian’s life is fucked. In a self-obsessed East End London where everyone is smoking, snorting or shooting, where nights pass in a fog of half-remembered physical and emotional wounds, Lucian’s been advised—no, instructed—that the only defence is to wear an armour of indifference. Then his best friend is accused of raping his ex-fiancée. Should he pick a side? Or is he best to stay out of it?

Brutal, yet poignant, glib, yet articulate, The Glass Wall is a search for meaning beyond hedonism. An examination of guilt arising from the conflict between what we ought to do and what we actually do. Holding up a mirror, it forces us to ask, “Am I a good person?” A question that is, in these dissonant times, so gravely important.

“This is a truly incredible book of rich and complex drama by two new talents who deserve to be recognised and put on the path of comics fame and glory.”
—Leonard Sultana (An Englishman in San Diego)

“If you wanna see a character drama full of terribly messy people doing messy things to get through their days, look no further. One can only hope that Yulia Lapko continues to make more comics after this, because she has a wonderful style.”
—Ritesh Babu (Panel x Panel)

Be the first to review “The Glass Wall” Cancel reply