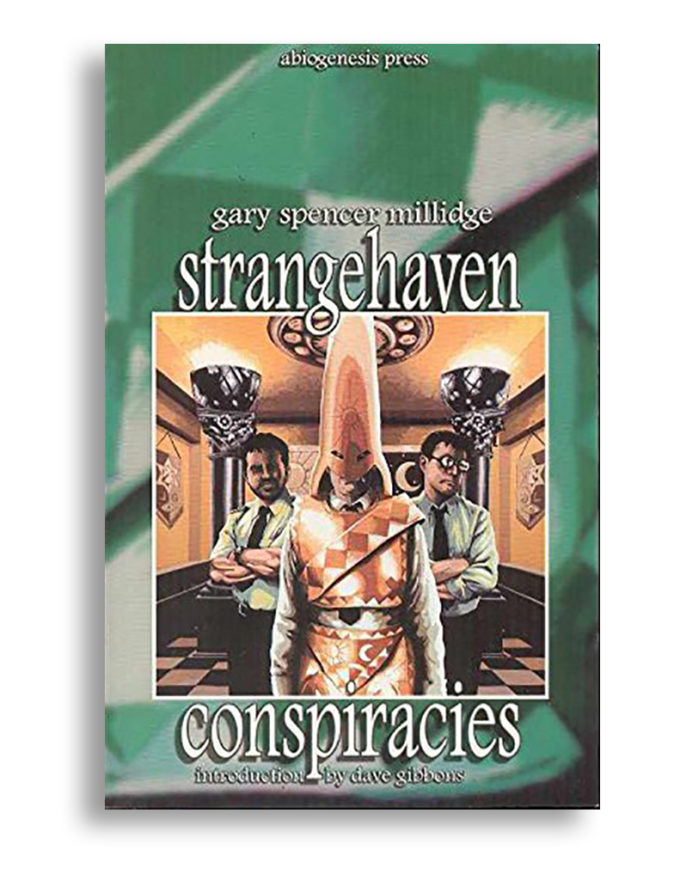 In the isolated, quirky village of Strangehaven – hidden in the depthsof the English countryside – the village’s police Sergeant startsinvestigating a mysterious hanging, an apparent suicide, and a disappearancewhich all took place on the same fateful night. But the village’s clandestine society, the Knights of the Golden Light,creates divided loyalties amongst the village folk. Newcomer Alex is drawn intoa web of intrigue with both the Knights and the secret witches’ coven vying forhis allegiance. Meanwhile, another murder plot is being hatched and a love triangle developsin the latest installment of Millidge’s supernatural, darkly humorous romanticmurder mystery. All this and a World War II RAF fighterpilot.

Be the first to review “Strangehaven: Conspiracies” Cancel reply