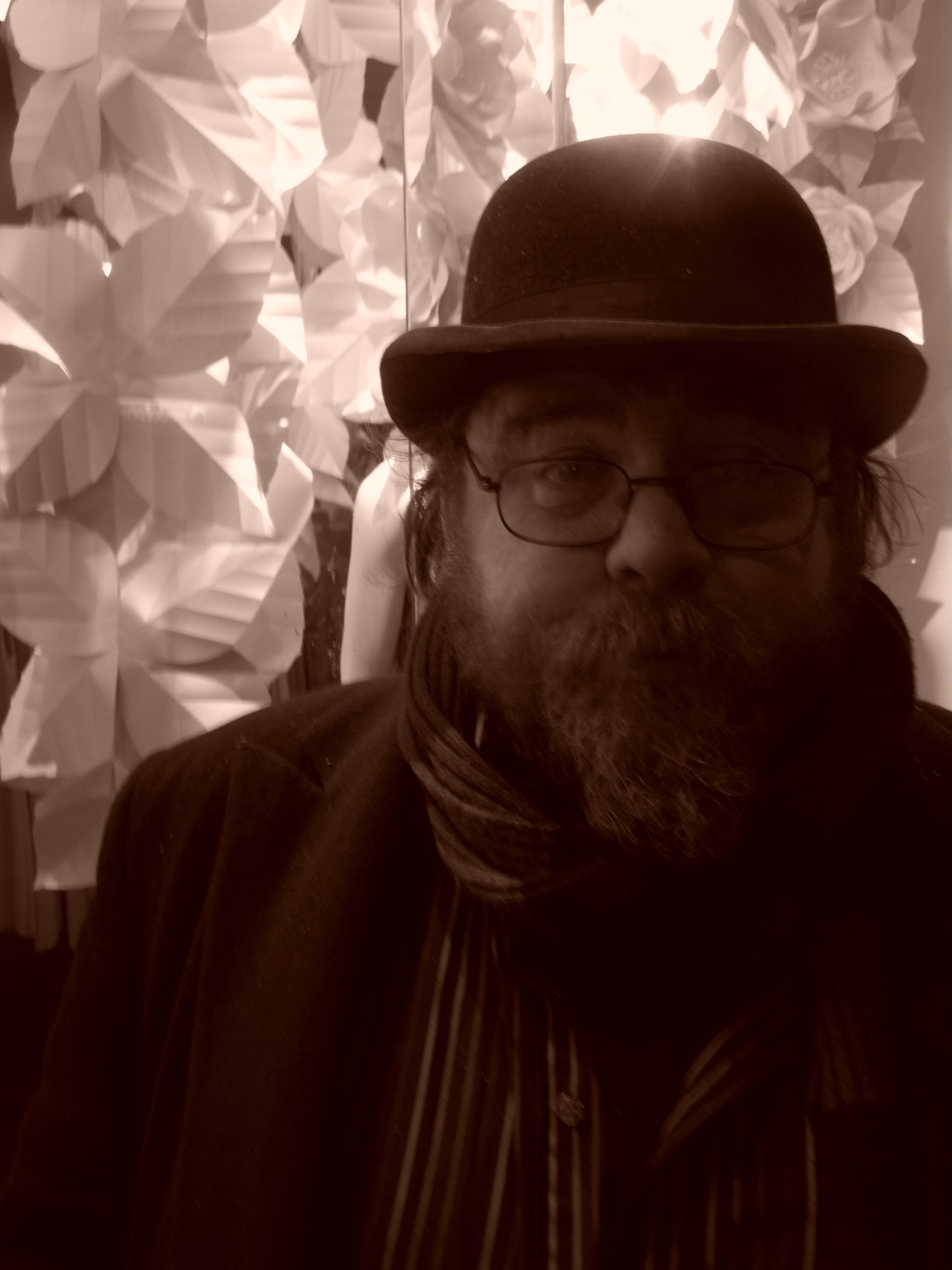 Mark Stafford is an illustrator and cartoonist who has been writing and drawing comics of all kinds for, ooooh, yonks now.

He co-created the Dark Horse graphic novel Cherubs!, with Bryan Talbot, and with the writer David Hine he has collaborated on the horror serial ‘The Bad Bad Place’ for Meanwhile from Soaring Penguin, as well as two books for Self Made Hero, an adaptation of Victor Hugo’s romantic tragedy The Man Who Laughs, and Lip Hook, a ‘tale of rural unease’

Alongside these he has contributed creepy nonsense and bitter satire to numerous anthologies, has been on a fair few gallery walls, designed and drawn beer labels, theatre posters and at least one mural, was twice selected by the British Council to work on projects in Korea, and has been the long term ‘cartoonist in residence’ at the Cartoon Museum in London since 2008.